Alvin was originally developed because existing library systems could not adequately manage:

Alvin has its foundation in a number of different projects that have been run over the years at the Electronic Publishing Centre and later the Library Systems Unit at Uppsala University Library.

first was an internally developed database solution for Erik Waller's extensive autograph collection, which was catalogued and scanned between 2000-2008. The collection was acquired by the university library in 1955. The number of individual documents amounts to almost 38,000. Mainly these are letters, but here are also reports, lecture manuscripts, medical prescriptions, consultations and much more.

ce 2004, there was also the library's own image database Bildsök (Image Search) with descriptions and digital images of objects in the library's map and image collections. When the base was transferred to Alvin in 2016, it contained nearly 20,000 items. 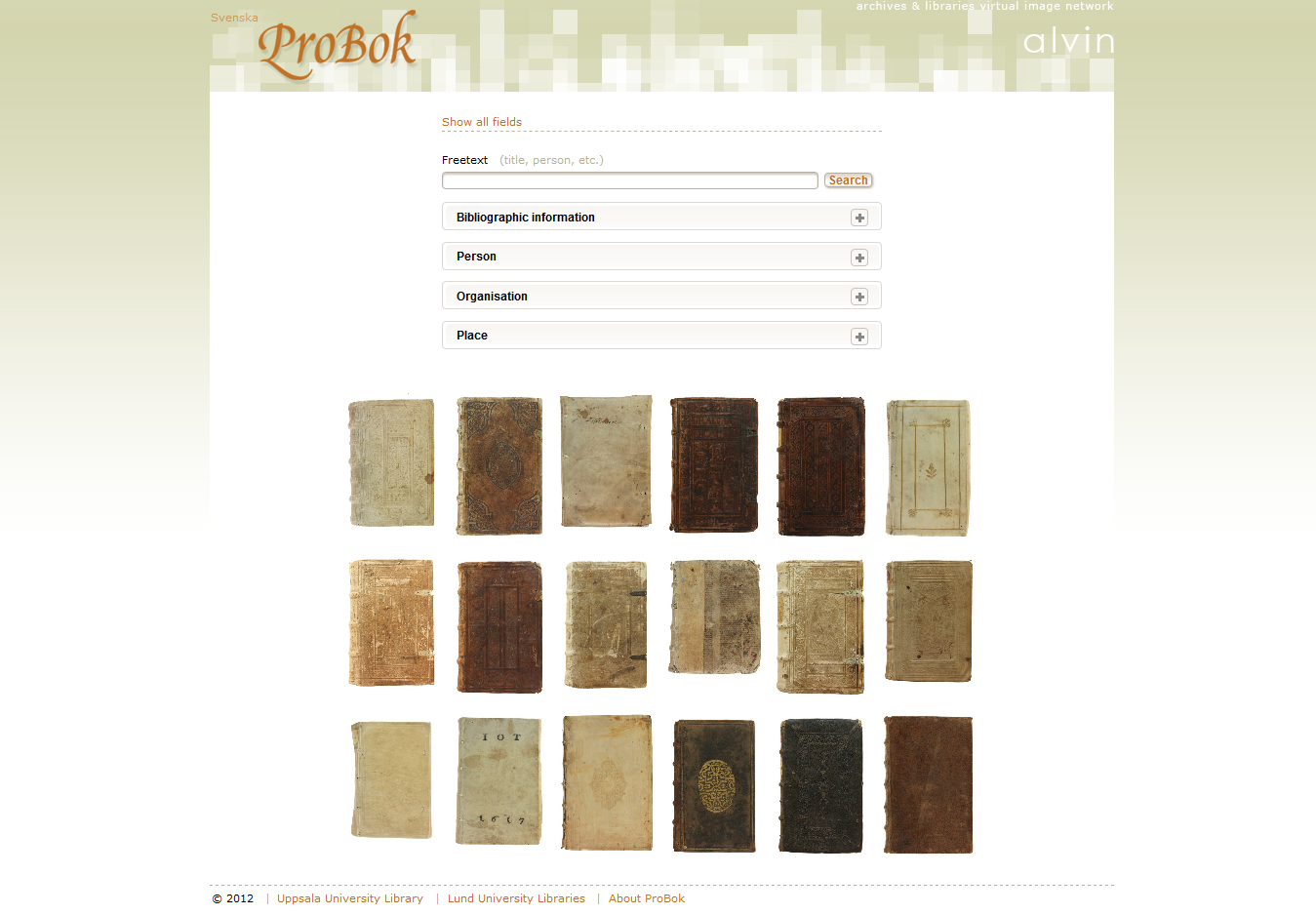 Ediffah (a digital infrastructure for the archives and manuscript collections of research libraries) is a now closed search service for manuscripts and archives at Swedish research libraries that was maintained by the National Library. The Electronic Publishing Centre actively participated in the development of the service and conducted two investigations in 2006 and 2007 with proposals for further development of the service.

To these were added a number of smaller projects or systems developed for the library by other parties.

The final report (2011) for the project LUPP (Digitisation cooperation between the Diocesan library at Linköping City Library and Uppsala University Library) found that if no radical change is made, it is most likely that all these services will disappear as staff disappear or technical platforms become outdated or need to be changed/shut down.

In the LUPP report, therefore, for the first time Alvin was launched as a concept. The idea was that instead of using ten different database software or scripting languages, the same software as well as method for generating web pages should be used for all applications. Only in this way can they be maintained in a longer perspective. Technological progress is rapid, even if the needs of it do not change at the same rate, which means that systems that are not constantly being further developed or renewed cannot remain in the long term. A common platform means that entire components, such as a search engine or database software, can be replaced as technology evolves. It also means that dependency on people decreases as several developers work with the same solutions.

The technical development of Alvin as a tool for digitising the research libraries' archive collections was founded in the project ArkA-D, a two-year infrastructure project carried out between 2012 and 2014.

In 2013, a lot of work was put into securing a future financing. Since a publishing platform such as Alvin would certainly attract interest among other cultural heritage institutions, the ArkA-D project worked out a consortium model that could bear the costs of the system even after the project was completed. It was partly based on experience from the publishing platform DiVA, in any case to such an extent that smaller institutions would not pay as much as the larger institutions.

At the end of 2013, the university library turned to the Vice-Chancellor of Uppsala University with an application for support of Alvin. In practice, Uppsala University Library came to finance Alvin during the part of 2014 when the project funding from RJ had ended, but Alvin was finally granted support from Uppsala University of SEK 1.2 million per year for five years.

In 2015, the consortium began to take shape with Linköping's city library (the original partner from LUPP) as the first member of Alvin after Uppsala University Library.

As of mid-year 2017, Alvin transitioned from a previous project stage to a system in full management, now with a number of new members and other organizations with material in the system. The operation and support of the system is thus financed through annual membership fees.